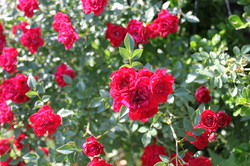 Trauma is a word often used to describe anything really bad or scary that happens to someone that leaves lasting emotional wounds that are not easily shaken.  Not every bad or scary experience is considered traumatic. There are many kinds of traumatic experiences such as from natural disasters, war zones, physical abuse, sexual abuse, neglect, emotional abuse, domestic violence, witnessing violence death or injury, or even medical traumas.  Trauma happens to men and women, people of all ages, races, religions, nationalities, and social classes.

Most people recover from trauma on their own over time, though some find it helpful to talk to someone along the way, while a smaller percentage of people will find that their symptoms have progressed to what therapists label Posttraumatic Stress Disorder (PTSD) http://www.ptsd.va.gov/public/pages/fslist-ptsd-overview.asp. This condition is marked by feelings of acute fear and anxiety,  avoidance of things that remind someone of the trauma, and intrusive, unwanted, and often distressing thoughts about the trauma.  PTSD is treatable for most people, even people who have struggled with it for years once they have had the appropriate treatment.  There is hope. You are not alone. 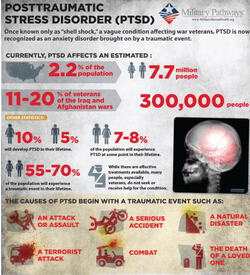 Infographic by Military Pathways. Click on the picture to go to their site and visit the Spanish language version, and a link for an anonymous PTSD self-assessment.

What Is Sexual Trauma? 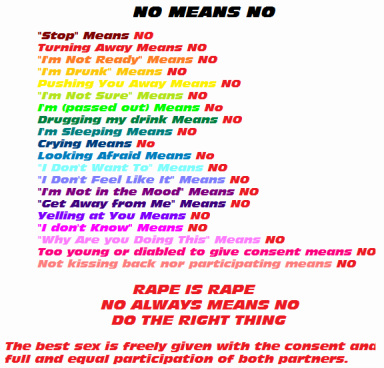 Sexual Trauma can is broadly seen as any unwanted, forced,  abusive sexual act, or a sexual act occurring when the victim lacks the ability to give consent such as when they are a minor, disabled, under the influence of drugs or alcohol, sleeping, or unconscious.  There does not have to be penetration or pain for an experience to be traumatic. Many perpetrators will try to do things to their victims to make the sexual act less painful and more sexually gratifying so they can blame the victim and say they wanted it or trick themselves into thinking that they are not perpetrators despite them doing this act to a child or the disabled or someone who has already said NO or tried leave. Don't be fooled, the body has physiological reactions,  that respond reflexively when touched. This is how the body was made. It is natural to respond t certain types of touch in certain ways, just like when the doctors tests your reflexes, you cannot control that response.  It does not mean it is something that you liked or wanted. Perpetrators, however, like to use this against their victims to justify their horrifying behavior.

For law enforcement data collection purposes, The FBI defines rape as: “The penetration, no matter how slight, of the vagina or anus with any body part or object, or oral penetration by a sex organ of another person, without the consent of the victim.”

Sexual Trauma Symptoms: What to look for

Probably one of the most tragic things I see as a therapist are the individuals coming in for therapy whose symptoms were quite obviously suggestive of trauma, but no one had really noticed. Many times teens were labeled "bad" kids or "attention seekers," or even worse their cries of pain seemed invisible to the outside world.  Sadly, most sexual abuse survivors tried to tell someone about their abuse early-on, but often their words were ignored, minimized, or turned against them.

If someone tells you they have been sexually abused, BELIEVE THEM, there is very little to gain, and often much to risk by disclosing sexual abuse.  Research by the Bureau of Justice Statistics shows that only 2% of alleged rapes are ever estimated to be false, which is the same percentage of false reports as every other type of crime. This means that despite people accusing sexual abuse victims of lying, they aren't any more likely to lie about it than someone is who lies about their home being robbed.

Unfortunately, there is no absolute way to confirm if someone has been sexually abused/assaulted without catching the criminal in the act or getting the criminals DNA, which does not happen nearly as often or as easily as tv or movies depict.  Moreover, a majority of sexual assault cases are not matters of identifying the alleged perpetrators (in which DNA identification would carry more meaning), but rather disputes over whether the incident was consensual.   However, as a concerned parent, partner, friend, or family member.
Warning signs to look out for may include:

The Truth about False Accusations of Rape highlighted by the Enliven Project based on the National Crime Victimization Survey and the FBI. Click the picture to go to their site and read about their work.

Drug Facilitated Sexual Assault Symptoms (note: one of these is not an indicator alone, but a combination of multiple factors is a stronger indicator that someone may have drugged your drink, a practice that is much more common than people are aware of. Bartenders and servers are sometimes participants in this crime): 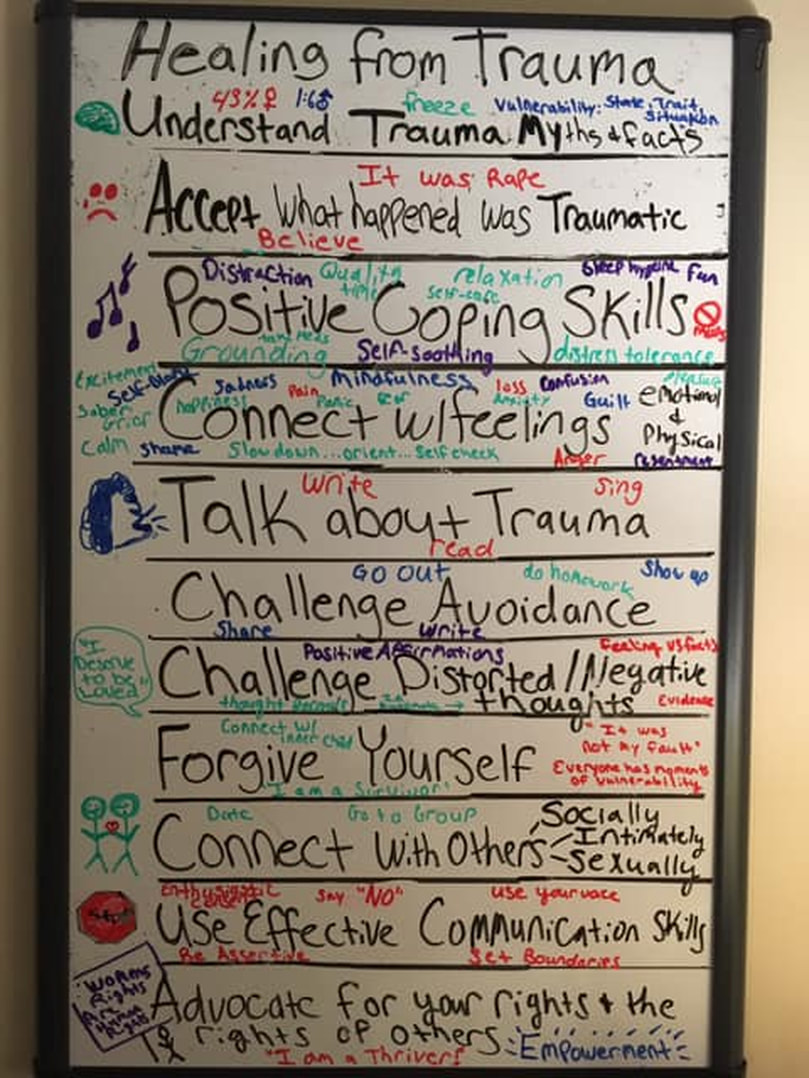 Healing often takes time, but the time it takes is different for everyone.  The healing process can be like a roller coaster, fast and furious at times, slow and frustrating at other times. Be patient with yourself.  It is not unusual for people to come in years or even decades after their initial trauma, suddenly realizing the pain they had swept under the rug for so long.  Sometimes earlier memories get triggered by re-victimization or another abuse incident, reaching a new developmental milestone, or having children reach the age you were when you were abused.

Often, victims do not tell others about their victimization and most do not go to the hospital or police without some urging or encouragement from their support system or unless they have been seriously physically injured. Again, contrary to what gets shown on CSI: SVU, there is no "typical" way a victim acts.  Some  people are sad, some angry, some are in shock, many will smile, laugh, and talk to you just like normal, but that does not mean they are not suffering or that it didn't really happen. Many people get very good at covering up their emotions around others as a way to conceal their vulnerability. In cases of drug-facilitated sexual-assault, the survivor may be very confused because she/he may not have clear memories of what happened, but the events leading up to it and afterward all suggest that something bad happened to her or him.

Some people may not fully feel the effects of the abuse for weeks or months down the road.  It is not unusual to see survivors initially upset in the 1st few months after the trauma and they may want to talk about it or seek help. This however, may be followed by a period of just wanting to forget about it or deny that it ever happened. This phase can last for a long time until they are ready and in a safe enough place in their life to come to terms with the traumatic experience.  Once a person recognizes their victimization and its impact, they may feel like they are in a state of crisis and wish to come into therapy, as they may be having difficulty managing aspects of their life that they previously were able to do.  Once a person makes the brave commitment to seek trauma therapy, the hard work begins. With trauma work, people often feel worse before they feel better.  Much like a sliver that needs to be removed from your fingertip, the removal process will be unpleasant, but letting the wound fester will be be sure to make things feel worse over time. For those that commit themselves to sticking with treatment, they often will find themselves moving from victim, to Survivor, to THRIVER.

What Kinds of Trauma Treatments are There?

There are many types of trauma treatments available, but there are a few that are more widely recognized and endorsed for their ability to treat trauma. Here are a few of them:
Cognitive Processing Therapy (CPT)
Trauma-Focused Cognitive Behavioral Therapy (TF-CBT)
Prolonged Exposure (PE)
Eye Movement Desensitization and Reprocessing (EMDR)
Dialectical Behavioral Therapy (DBT)
Integrative Treatment for Complex Trauma (ITCT)
Internal Family Systems (IFS)
Parent-Child Interaction Therapy (PCIT)
Structured Psychotherapy for Adolescents Responding to Chronic Stress (SPARCS)
For a full detailed list of therapies with adolescents and children go to: http://www.nctsn.org/resources/topics/treatments-that-work/promising-practices

What Should I do if I have Just Been Raped or Sexually Assaulted?

Your Victim Privacy "Miranda" Rights
"You have the right to refuse to answer questions not directly related to this criminal investigation which seek privileged or private information including sexual history and orientation, medical or mental health history, HIV status, past drug or alcohol treatment, conversations with a spouse, attorney, religious advisor, crisis counselor, mental health or medical care provider. You have the right to seek legal counsel." -By Wendy J Murphy, New England Law, Boston 617-422-7410

Study by RAINN and the Justice Department. Click the picture for more information.

Media Resources
Videos
Affects of Trauma http://www.ted.com/talks/nadine_burke_harris_how_childhood_trauma_affects_health_across_a_lifetime
Adverse Childhood experiences and health https://vimeo.com/139998006
Trauma and the brain www.youtube.com/watch?v=4-tcKYx24aA
But I love Him: Protecting Your Teen Daughter from Controlling, Abusive Relationships  https://www.amightygirl.com/but-i-love-him
Saving Beauty from the Beast: How to Protect Your Teen Daughter from an Unhealthy Relationship Https://www.amightygirl.com/saving-beauty-from-the-beast

Q: How is Trauma Therapy different from regular therapy?
A: Trauma treatment usually involves an "exposure" component, in which the client is asked to talk, play, write, or draw about their traumatic experience. Usually, the more details they are able to give about the events they least want to discuss, the better the outcome of therapy.

Q: Why do people decide to come in for rape or trauma counseling?
A: People seek therapy for a variety of their own reasons, but usually what drives them to finally walk through the door is their level of distress, finding it difficult to manage on their own or becoming tired of dealing with their painful symptoms for so long.  Events that send people into a state of crisis or a peak level of distress frequently include: being re-traumatized or re-victimized, no longer being numb through use of alcohol, drugs, or avoidance and feeling their feelings that they have not allowed themselves to have, or reaching a new developmental stage like puberty and getting into a new relationship, having a new sexual experience, getting married, having children, or their children reaching the age they were when they were abused triggering fears and flashbacks. 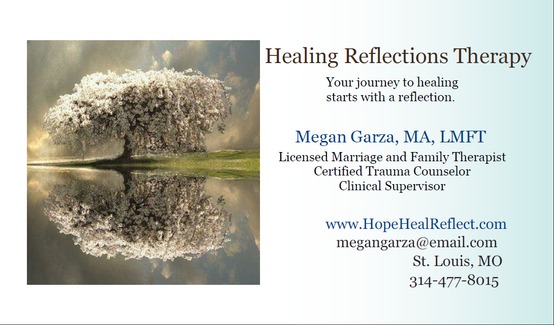